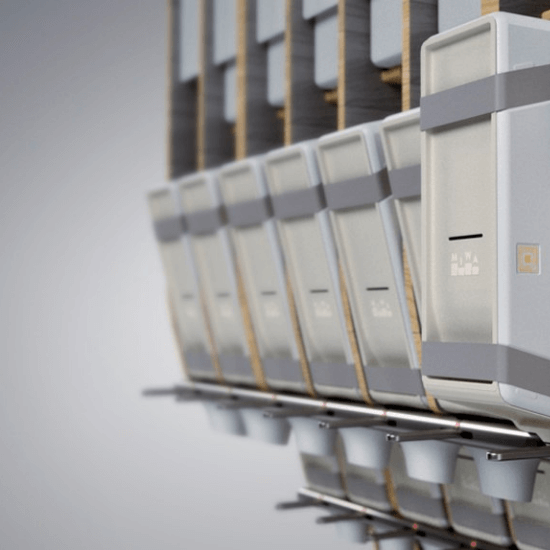 In times of Zalando, Amazon and online food sale, battling the huge amount of packaging waste is a challenge. In 2016 German consumers produced 220.5 kilogram of waste per year and person. This is where MIWA comes in. The 2018 Green Alley Award finalist develops and operates a system that simplifies and improves the distribution and sales of packaging-free goods. The producers pack their products in MIWA’s reusable capsules and the wholesalers supply stores with these goods, where they are available to consumers. Once emptied, the capsules are returned through a recollection system to a washing centre, where they are cleaned. When the capsules are back with the producers, the whole process starts again. For shopper and community engagement MIWA provides a shopping app. Founder and CEO Petr Baca looks back at the company’s milestones in 2018 and talks about MIWA’s plans for 2019.

# Last year you were one of the six Green Alley Award finalists, tell us what happened after the finals?

In 2018, Miwa has made significant headway in many areas. Technology development of hardware and software has been accomplished and first prototypes were built for real-life testing. On a business side, first agreements with retailers and producers were signed and technology producers’ partnerships were concluded. MIWA made also progress when it comes to the social impact and public awareness on the theme. In September, impact physical platform Minimum Waste was launched. The first site is located in the centre of Prague and functions as a MIWA technology showroom and space for various public events.

Hard to select one out of many achievements. We are definitely proud of working on a meaningful project with potential of bringing large positive impact to the environment. And we are proud to be part of the worldwide community of influencers and top players who target the same goal. Together with other 250 companies including large players such as Coca Cola, Carrefour or Nestlé, MIWA has signed Global Commitments. Global Commitments are an initiative to reduce plastic waste, by worldly recognized Ellen MacArthur Foundation, which pioneers the concept of Circular Economy. MIWA has also received quite intensive media coverage (e.g. Forbes, Sky News, National Geographic, Retail News and many more) and overall very positive feedback from the market.

2019 is not any less challenging than the previous years. It is a year in which the MIWA system takes shape on the real market after a journey that has lasted a number of years. MIWA primary focus will be on business activities and on setting up medium scale production.
Already under implementation, MIWA will be installed in first brick & mortar shops. The pilot project in the Czech Republic shall be then gradually expanded to additional partners from the ranks of manufacturers and retailers to achieve a gradual increase to the extent of the system as a whole. A new business-oriented web previewed for launch in the first half of the year should support the business development effort and rolling up to other European countries. Another important task in 2019 is securing financing from external investors for the business growth and mass production

The key thing for us in the coming period is the successful introduction of the MIWA solution towards final consumers. MIWA people now putting all their effort into the first projects in the Czech Republic. Part of the task is also to produce initial series of the hardware (product-capsules, bulk modular system). Starting a hardware production is always a challenging task. This is also why MIWA has decided to partner with top class producers. As if now, we are just before signing a strategic partnership with one European production company.

# Do you focus on a specific market ?

MIWA’s primary market is in Europe and in 2019 MIWA will start working on the abroad business development. Based on MIWA research and initial discussions with potential customers, several regions (such as Germany, Great Britain, the Netherlands, Scandinavia or France) show to be more than relevant for the first larger roll out. At the same time, strong interest in MIWA solution is communicated directly by the producers. They find it a great fit for their own supply chains. This confirms that MIWA applications may be broader than within retail itself.